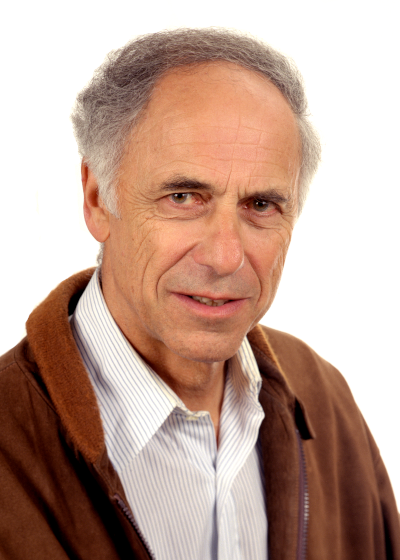 Robert (Bob) Tripp, UC Berkeley Professor of Physics Emeritus and retired Senior Faculty Scientist in the LBNL Physics Division passed away on June 27th in Berkeley, California. He was born on January 9, 1927, and spent his childhood on a farm near Fresno, California. At the end of WWII in 1945, he joined the US Navy, and served as a radar technician on Treasure Island. After being discharged he attended MIT, where he obtained a BS degree in 1950. He then came to Berkeley as a graduate student in the UCB Physics Department. In 1952 he joined the research group of Professor Emilio Segré, and together with Thomas Ypsilantis initiated the first experiments at the184-inch synchrocyclotron using polarized protons. After receiving his PhD in 1955 he joined the Alvarez group as a postdoc and participated actively in path-breaking experiments with liquid-hydrogen-filled bubble chambers. He helped to design and then use a beam of negative kaons that were stopped in the newly-built 10” hydrogen bubble chamber at the Berkeley Bevatron.

In 1960 Bob was appointed assistant professor in the UC Berkeley Physics Department, and over the years he advanced up the academic ladder to become a full professor and senior faculty scientist at LBL. In the late ‘50s and early ‘60s he was one of a group of very talented and productive young LBNL physicists, that included M. Lynn Stevenson, Art Rosenfeld, Frank Crawford, and others, who used hydrogen bubble chambers to discover and then characterize many of the resonant states that formed the basis of the quark model of Murray Gell-Mann and Georg Zweig. Over the years he attracted and influenced several outstanding visitors such as Max Ferro-Luzzi, who became long-time collaborators and close friends. He was a mentor to many, including Lina Galtieri, Janos Kirz, and Charles Wohl.

In the early 1980s Bob, along with Herb Steiner, joined a small group led by Mark Strovink to carry out a search for right-handed currents in the decay of stopped polarized muons at TRIUMF. The limit they obtained was then, and remained for many years, the definitive result. Thereafter his interests shifted to neutrino-less double beta decay, and he, together with Robert Kenney and Margaret Alston-Garnjost set up an experiment with Mo100 in an unused mine in Idaho. Their limit was competitive with results obtained by others using various materials.

Bob retired from the Physics faculty in late 1991, but continued doing research at LBNL. His interest shifted again, this time to astrophysics, where he looked for infrared signals from extinguished supernovae in starburst galaxies, and came up with a two-parameter luminosity correction for type 1a supernovae, used to calibrate distant supernovae to measure cosmological expansion parameters. Bob’s single author paper on the luminosity correction parameters for type Ia supernovae has received almost 400 citations, an indication of its significant impact. In a novel extension of his astrophysics work, after the Oakland Hills fire of 1991, Tripp and Carl Pennypacker invented the FUEGO satellite system to detect fires from geosynchronous orbit. The FUEGO concept was granted a US patent and may be implemented in Australia.

In all of his scientific undertakings, Bob’s engagement was essential, and his good nature, sense of irony and humor helped motivate his colleagues. Bob was a dedicated runner who inspired many of his colleagues to join him on four-mile runs through the Berkeley hills. He was also a very enthusiastic and accomplished mountaineer and skier, who climbed challenging peaks all over the world, including Denali (Mt. McKinley) in Alaska and Mt. Aconcagua in Argentina, the highest peaks in North and South America. Bob was also a wine connoisseur; each year he and a few friends picked grapes, and then went to his garden and cellar to make wine, which was almost always very good. Bob’s wife, Susan Ervin-Tripp, an eminent UC Berkeley Professor of Psychology, pre-deceased him in November 2018. He is survived by their three children, Alexander, Katya, and Nicholas.