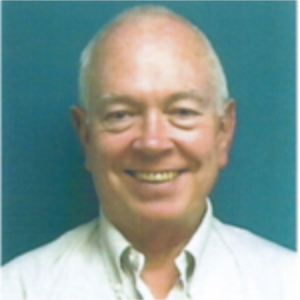 Alan Roderick Clark, a talented, versatile, and extraordinarily collaborative experimental physicist, died after a short illness on Jan. 29, 2017, at age 78.

As a senior scientist, staff scientist, and postdoctoral fellow at Berkeley Lab, as part of at least five collaborations in which the lab played a leading role, Clark was deeply involved in the design, construction, and operation of major pieces of elementary-particle apparatus at the lab’s Bevatron, at Fermi National Accelerator Laboratory (working on muon-beam and D-Zero proton-antiproton-collider experiments), and at SLAC National Accelerator Laboratory (working on the PEP-4 Time-Projection-Chamber and the PEP-II BaBar experiments). Among his many key responsibilities, Clark led the group responsible for the operation of the entire PEP-4 experiment at SLAC; as well, he oversaw the installation, commissioning, and operation of the original D-Zero vertex chamber. Among the accomplishments of those experiments were the first observations of the top quark and of charmed particles produced by muons.
Clark, who was born May 5, 1938, compiled a distinguished record in physics studies at Stanford (1956-60) and at Princeton (1960-64), with a Ph.D. dissertation under James Cronin. After Clark left Princeton to join the lab’s Lofgren group in 1964, the same revolutionary spark-chamber spectrometer that he helped construct at Brookhaven National Laboratory became essential to the original observation there of charge-parity-symmetry violation, for which Cronin and Val Fitch were awarded the 1980 Nobel Prize.
Not only a technical and analysis wizard, throughout his career Clark deeply embraced the collaborative spirit that underlies most successes of our nation’s oldest national laboratory. He was a straightforward, kind, scrupulously honest scientist who excelled at working seamlessly with many colleagues. We remember him with deep gratitude and affection.